Financial institutions have been undergoing an extensive digital transformation for quite some time now and are increasingly embracing online banking. Today, these institutions keep track of users’ complete banking activity and collect their data the way Google and Facebook do, which has a direct impact on consumers’ financial freedom and privacy. In addition, centralized exchanges or trading platforms that function like traditional stock markets are known to maintain control over all transactions and store private keys that users access their accounts with. This makes it simpler for hackers to access sensitive information, thus increasing the risk of identity and asset theft. Enhancing the transparency of transactions and making them secure as well as seamlessly auditable is Hong Kong-based TideiSun Group, a provider of enterprise applications based on public blockchain. “Blockchain is beyond pure technological revolution, its outreach will profoundly change the human society’s structure like the steam engine did centuries ago. Creating trust, credibility, and equal opportunity out of the trust-less world has been our goal since the founding of TideiSun in 1992,” states Mr. Chen Ping, Chairman of the company, a well-quoted entrepreneur and scholar most known for satellite station, Sun TV.

TideiSun Group pilots the migration of organizations from traditional systems to new, emerging technologies and facilitates a better and more efficient way of transferring liquid as well as digital assets. “We bridge the gap between digital assets and fiat currencies, promote the exchange and management of digital assets, and accelerate the enterprise adoption of the blockchain,” states Ms. Robin Xie, CEO of the company and former Wall Street veteran. To enable users to start banking with just phone numbers or email addresses, TideiSun offers iSunOne, a banking solution on blockchain offered to 2 billion unbanked population, which combines deposit, trading, withdrawal, global payment into one single step, along with eliminating the threat of cyberattacks. “The distributed and decentralized nature of public blockchain helps the company’s solutions detect frauds more effectively. We use proprietary cryptographical scaling to execute millions of transactions per second at a lower transaction fee on the public blockchain,” states Mr. Jun Ma, CTO of the company and early Bitcoin player, who first adopted the “proof of work” methodology in high-end advertisement service industry since 2008. 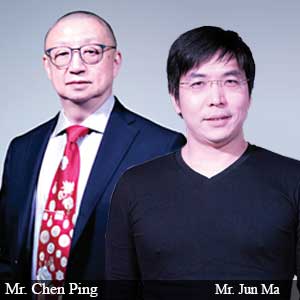 In addition, the company offers TideBit, one of the largest and safest fiat-to-crypto currency exchanges in Hong Kong, along with crypto-to-crypto exchange—Tideal—that is primarily active in Southeast Asia with more than 100,000 users. With TideBit, the company dominates around 60 percent of the Hong Kong fiat to crypto market, owning up to 50,000 Bitcoin in a city where one to two percent out of six million people buy or trade Bitcoin. “TideBit is the world’s first exchange to offer Hong Kong dollar to Ethereum, EOS and Neo trading, in additions to its ability to receive and send USD, Euro, and Turkish lira,” states Mr. Terence Tsang, COO of the company. All of these exchanges record everything on the public blockchain.

We bridge the gap between digital assets and fiat currencies, promote the exchange and management of digital assets, and accelerate the enterprise adoption of blockchain

TideiSun functions with fiat currencies, XPA, Bitcoin, and Ethereum—an open-source, public blockchain-based distributed computing platform that generates the Ether cryptocurrency. Using these currencies as collateral, the company issues its own stable tokens for multipurpose digital transactions. The advantages of these offerings can be best exemplified by TideiSun’s contract with a chain of dentists spread across five different locations in Taiwan. The client had issued their own tokens for transactions without any thorough research of the ecosystem, whereas most of the customers who weren’t aware of Bitcoin or Ethereum preferred to pay using fiat currencies. TideiSun developed a customized business solution that catered to both the crypto and non-crypto payers, enabling point-to-point payment with zero transaction fees. The solution proved easy-to-use and had resemblances with PayPal, except for being based on public blockchain.

TideiSun also offers a decentralized, point-to-point lending platform named Crebit, which allows users to borrow real-world assets or fiat currencies with the interest being paid in Crebit tokens. The platform generates unique credit contracts and creates smart protection funding contracts to help lenders get funding. The company is currently developing a private chatting room to make sure the private key is held only by the respective user and that their sensitive information is not stored or encrypted in any server. “We think it’s significant to combine privacy chatting with peer-to-peer payment system, and the chatting room will hit the market within two months,” concludes Robin. 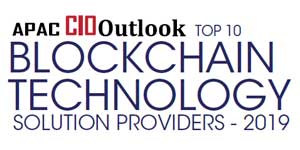 HONG KONG - The TIDEiSun Group announced the integration of XPA Assets to several new financial services, including a stable token-based debit card. XPA Assets are a series of stable tokens pegged to different nations’ fiat currencies, with USX pegged to USD, JPX pegged to JPY and more. They are fixed to their respective nations’ fiat currencies generated using real assets as collateral with smart contracts, giving them the stability needed for day-to-day use.

XPA Assets’ unique distribution method distinguishes themselves from other contenders in the stable token market. Users mortgage fiat currency or cryptocurrency assets, then receive the stable token of their choice through a smart contract on the Ethereum blockchain, allowing users to see the transaction details of every XPA Asset on the blockchain. The wide range of currencies available also gives XPA Assets an advantage in an increasingly globalized cryptocurrency market.

After competitor Tether’s high-profile issues, TIDEiSun is betting that XPA Assets’ radical transparency will make them a fiat-pegged cryptocurrency that users will actually trust. By combining that trustworthiness with stable value, the XPA Assets series are poised to become a cryptocurrency for daily use, suitable for everything from buying coffee in the morning to large corporate transactions. TIDEiSun has developed mobile payment apps, a cryptocurrency ATM and debit card integration for this vision of the future.

“We need stable tokens more than ever in today’s uncertain and volatile cryptocurrency market. Users need a way to secure their investments to avoid volatility and market crashes,” said Robin Xie, TIDEiSun CEO, “XPA Assets will build a bridge between the fiat and cryptocurrency worlds, and our range of different services will allow users to move their assets freely for their own vision of investment.”

Anchoring digital assets to a fiat currency solves the volatility that plagues cryptocurrency investment and gives cryptocurrency the characteristics of the fiat that allow daily use and exchange. XPA Assets are safer investment prospects and practical enough to do what cryptocurrency was originally intended to accomplish: give people ownership of their own money, with the safety, privacy and trust that comes from relying on data, not imperfect institutions.

With TIDEiSun’s other services, such as the TideWallet, TidePay and TideBit Exchange, XPA Assets forms a holistic asset ecosystem with multiple capabilities. XPA provides the expectation for growth typical of other current cryptocurrencies, and XPA Assets provide a currency stable enough for long-term investment, token-to-token trades, and easy conversion to the fiat.

“We want to redefine currency as you know it,” says TIDEiSun Chairman Chen Ping, “We dream of a world where our XPA and XPA Assets have completely redefined the financial system, allowing people more fluidity and investment choices than ever before.”